2020 is both the start of a new decade, but it also concluded the previous one. Perhaps now is a good time as ever to be reflecting on how things are going? Are we getting by? Is everything ok? Do we have any financial issues that require immediate attention? I’m speaking for all of us here- and also companies…
This week most news is going to be on shutdowns…
A number of Tetris mobile games are going down. In what is thought to be a licensing change, EA’s Tetris® and Tetris® Blitz games were announced to be shutting down in April of 2020. In fact the downloads for the Play Store seem to have already gone offline. N3TWORK Inc. who appear to be the new licensee seem to have uploaded their own version. This version is also available on the App Store together with EA’s Tetris® (relished as Tetris® 2011) and Tetris® Blitz. 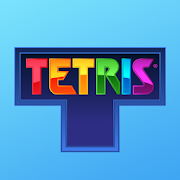 EA left a short message on the App Store versions of the game as their statement:
We have had an amazing journey with you so far but sadly, it is time to say goodbye. As of April 21, 2020, EA’s Tetris®/ Tetris® Blitz app will be retired, and will no longer be available to play.
Kindly note that you will still be able to enjoy the game and use any existing in-game items until April 21, 2020. We hope you have gotten many hours of enjoyment out of this game and we appreciate your ongoing support. Thank you!

Another game that’s going silent is SingStar… It was a series of karaoke games for the Playstation 2 (later also PS3/4). Although the games will still be playable, servers and other online features such as the in-game store will be shutdown.

The SingStar Team released a bittersweet goodbye message on their website:
Announcement
After 15 incredible years, we have made the difficult decision to shut down the SingStore servers on 31 January 2020. After that date, you will still be able to enjoy your downloaded songs, but all online functionality and network features will no longer be available, and you will not be able to purchase any new songs from the SingStore. Any SingStar content you have shared to SingStar.com will be deleted. For PS3 users, please check that any digital purchases you have made and would like to keep have been downloaded onto your console before 31 January 2020. If you are a PS3 user and delete any content after that date, you won’t be able to redownload it.
Of course, any SingStar discs you have previously purchased will continue to work in offline mode, though you will not be able to obtain all trophies. You can read more about the digital store’s closure here: https://www.playstation.com/en-gb/legal/gameservers
We’ve loved watching the community grow, and have lots of fond memories from working on SingStar. Your support over the years has meant the world.
Thank you and lots of love,
The SingStar team

While on the subject of music, 8tracks the playlist sharing platform is another record that’s been scratched… It’s shutdown was revealed in a menacingly titled blogpost “To everything there is a season” by David Porter, one of the site’s creators. It covers many topics, from the site’s inception to the rise of modern music streaming.

Archive Team was pretty fast to catch on, and virtually the entire site has already been saved.

It’s fortunate to see the site will be able to leave some form of a legacy. To quote a portion of the blogpost:
We — the remaining team at 8tracks — all think it’s still to hard to find playlists with a “soul behind the music.” User programmed playlists on Spotify and YouTube are great, but they remain relatively hard to navigate to find the best ones for a particular person’s taste, time or place. And there’s not (as yet) an ecosystem to allow curators to flourish. There’s still work to be done.
Last, but not least, Flashpoint rolled out their 7.1 update just a few hours ago so feel free to check that out.

Stay tuned for next week’s summary, where we’ll hopefully see each other again same time next week at EST 9 AM!

Tutorial: Back Up a Web Page or Web Site

Saving Private Groups: This Time the Mission is the Fan

No comments yet. Why don’t you start the discussion?

What is Data Horde?

This blog exists to connect internet archiving communities and to spread information about various archiving efforts. It is co-written by several contributors.

We publish updates every week, so be sure to stop by from time to time!

We are partnered with the awesome Gaming Alexandria, a group dedicated to scanning and archiving video games.

Apply to join our staff, today!